It’s gone viral, and there’s no undoing it. The hidden camera exposé of Planned Parenthood’s tiny “chop shop” side operation is one “baby” they couldn’t prevent coming to full term.

Listen to this Article
Subscribe to Theology Unplugged in iTunes

[Tweet “The grisly nuts and bolts of selective fetal dismemberment[…]gives us the creeps.”]

Sit down for an hour or so, and binge watch (Netflix style) the episodes released thus far. As you listen to the casual and cavalier conversation, during what appears to be a working lunch, in which the sinister business is discussed in painfully plain detail,  you’ll get that same squirmy feeling in your gut that even most pro-choicers admit having.  There’s something about seeing a modern middle-class millennial talk about the grisly nuts and bolts of selective fetal dismemberment between bites of chicken almond salad with the feta cheese and a light vinaigrette—it gives us the creeps. 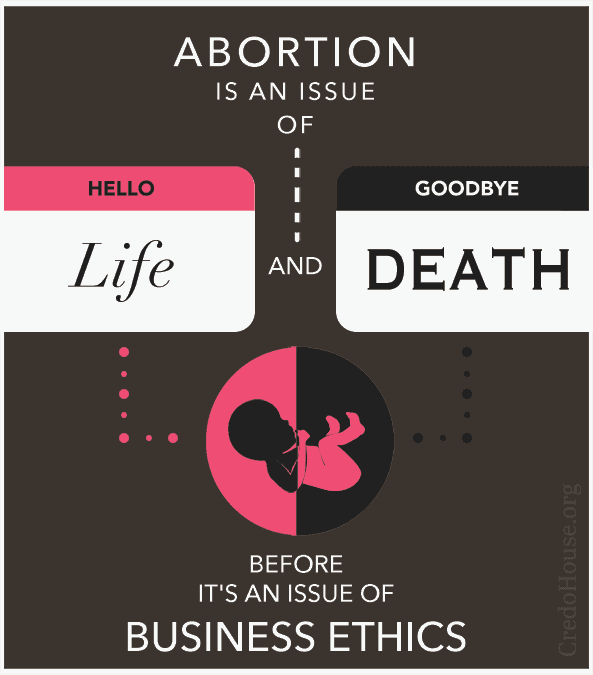 But as many people have rightly pointed out, the moral “heebee jeebees” does not constitute a sound moral argument. While it probably gives us good intuitive clues, more serious thought needs to go into our reactions to these revelations. I like a good meme as well as the next web surfer, but a meme does not a reasoned case make. A little careful mulling over of the situation should help us to distinguish the important moral questions that need to be addressed. To me these would have to include at least the following: 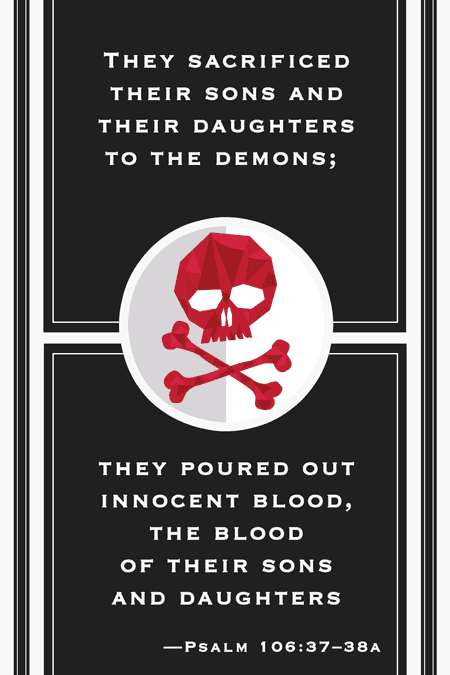 Let’s address the third question first. I see two distinct moral issues within the question: the transplant and the transaction, if you will.

The first issue seems fairly non-controversial. Nobody opposes a living person donating a kidney to his or her family member. And I don’t imagine much opposition to agreeing to let your organs be used by someone who needs them in the event of your death. Being an “organ donor” is considered to be a good thing. Unless you have a strange religious doctrine (like the Jehovah’s Witnesses’ refusal of blood transfusions due to their own unique interpretation and application of the verses in the Torah forbidding eating blood), you probably have no ethical problem with an organ from a deceased person being transferred to the body of a living person.

But what if the free market included buying and selling body parts? What if this was an industry in itself? That is no doubt an unsavory proposition to many people.  There are several reasons for this, including at least these two:

A lot more could be said about this, but suffice it to say that there are some ethical concerns to be addressed regarding the business end of the transfer of human body parts or organs from the deceased to the living, specifically regarding amounts of money, who makes the money, the ever-present potential for major corruption, and the affordability of life-saving organs.

The Life and Death Questions Trump the Buying and Selling Questions

As important as the ethical concerns may be regarding the commerce and trafficking in human body tissue or organs, those concerns can never rise to the level of moral significance that life and death issues carry. Just think of the moral difference between these two questions:

We might say that most important moral question we can ever ask takes this form: “Is there moral justification for killing a person (P) under circumstance (C)?” Consider possible stances. 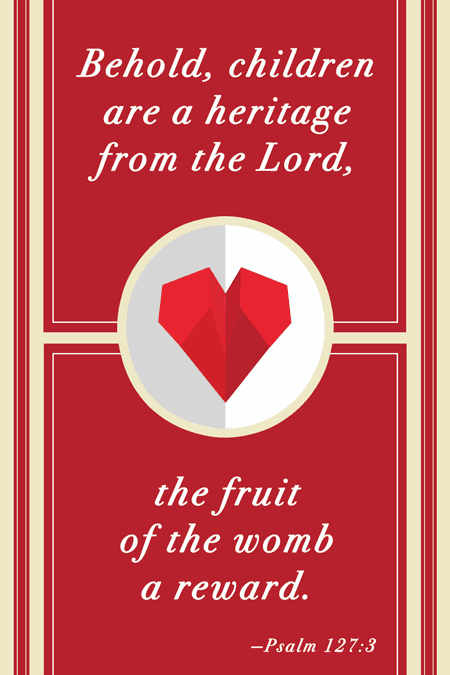 Total prohibition against killing: “You may never kill any P under any C.” I don’t know of anybody who holds this, but it is theoretically possible to take this position. If you held this, you would see no justification for killing any person (P), period. No circumstance would suffice:

[Tweet “Almost everyone believes that it might be morally justifiable to kill a person in certain circumstances.”]

For most people, the differences and debates that exist on the all-important moral question about the taking of a human life are all centered on the big “C”. Almost everyone believes that it might be morally justifiable to kill a person in certain circumstances, but not everyone is in agreement as to the particulars of such circumstances. Thus are the biggest moral debates centered on the question of whether certain specific reasons/circumstances justify the taking of life: capital punishment, assisted suicide, tactics in war, self-defense.

And of course abortion is one of these. At its center is the question, which we may tailor thusly:

Between those two positions are a hundred others, give or take. But a survey of all of them would require more words than I am prepared to type in this blog article.

It’s Not Primarily about the Grisly Nature of the Procedure

This is not just about being squeamish regarding the grisly details of how the bodies are ripped or torn in the procedure. The cringe-worthiness of the procedure itself is not the main issue. it would be considered wrong for a woman to kill her one-hour old newborn, even if she did it very quickly and relatively painlessly for the baby. Some commentators have said in the aftermath of the videos that the moral outrage they’ve garnered is mostly the emotional reaction of people who just never before stopped to think about the actual specifics of such procedures. These commentators have even compared it to other medical procedures that would probably “gross out” common people if they saw them up close.

[Tweet “Most of us would experience a yuck-factor of one degree or another if we saw lots of medical procedures for the first time.”]

It is true that most of us would experience a yuck-factor of one degree or another if we saw lots of medical procedures for the first time. But so what? This misses the point entirely. I will grant that people today are fickle enough to react to moral outrages they see and forget about all of the ones they do not see. This is why video of one starving child in the third world may move more Americans to give their money than a long list of statistics about starvation. We are shallow like that and respond to the visual and immediate.

But again, so what? The main thing here remains the main thing here. Human beings residing in wombs are being killed systematically for what statistics have revealed to be overwhelmingly shallow and petty reasons. I have to give the public at least enough credit to suggest that if the details of the procedure were less graphically described, there would still be a pretty high level of moral unease, to put it mildly, with what is in those videos.

Most People Oppose the Most Common Reasons Given for Abortion

Back to the “C” in the all-important question. Under what circumstances (for what reasons) can we give moral permission for the killing of the womb’s resident?  I’ve found that when I informally poll students who identify as pro-choice and want abortion to be legal under certain circumstances, almost none of them will grant moral justification to abortion for the sake of mere convenience. They almost always outline the same circumstances they deem justifiable:

While those circumstances are obviously part of the larger debate and could be hashed out one by one, note the important thing about this. Those supporting abortion think it is wrong if not for those select circumstances, and yet statistics make clear that those circumstances reflect very few abortions.  Google the studies in which they have analyzed the reasons women gave for the procedure. There is more than one for you to compare. Here is what you will find: rape and incest represent a tiny percentage (usually 1 or 2%). A few more will cite health concerns for the mother or baby.

The Most Common Reasons For Abortion

There are others of slightly lower percentage:

But again, the select circumstances that the pro-choicers claim provide justification represent a tiny number of the millions of abortions performed annually. To put it another way, I can hardly find anybody who will say that he/she thinks that it is morally justifiable to kill what is in the womb for the reasons the great majority of women give for their abortions.

Back to the Point

So the question remains, staring holes in our collective social conscience: can we justify such killings for the sake of sexual liberty? Can it be merely the back-up birth control for the promiscuous? If we can’t justify it for these reasons, then the entire society (with just a few exceptions) should be opposed not just to the sale of body parts and not just to a specific method of killing, but to the killing itself, at least in the great majority of cases in which these reasons are the ones given.

[Tweet “All of the attention given to the undercover videos should not throw our scent off of the main path.”]

What I’m seeking to convey is this: all of the attention given to the undercover videos should not throw our scent off of the main path. Sure, the buying and selling of tiny parts of human bodies seems sinister and is likely against the law. But that moral concern is outranked by the one that should remain at the top of our moral chart. This is an issue of life and death before it is an issue of business ethics. Should the minuscule beings residing in those wombs be killed? Do we have morally sufficient grounds for doing it? If so, do they include convenience or only the typical extreme cases (rape, life-threatening, etc.)? If they do not include convenience, why are we not concerned that we are paying nearly half a billion tax dollars annually for killings of beings in wombs mostly for the reasons we all profess are not morally sufficient for the taking of those lives?

Clint Roberts has taught Philosophy, Religion, Ethics, Critical Thinking, Apologetics, and a few less interesting subjects over the last decade or so. He likes the Credo House because he once launched a similar non-profit establishment in a different state. His Masters is from a fine theological institution and his doctorate focused on famed arguments by Clive Staples Lewis. He and Wanda lived in Texas a little while, then Idaho very briefly, then Salt Lake City for several years prior to coming to the prairie lands of Oklahoma. They had four kids along the way, and later adopted two more humans, a few goats and chickens, and a pony.

Can We All Agree That Women Have Rights over Their Own Bodies? 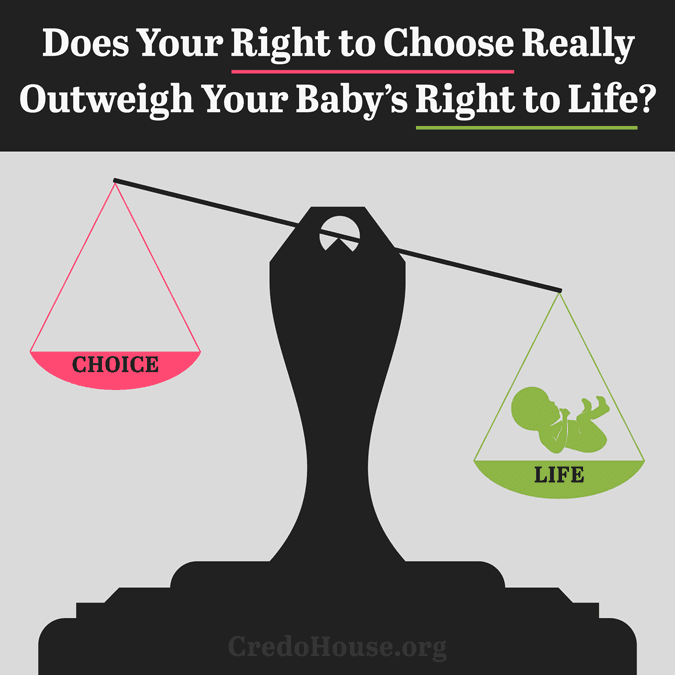 Can We All Agree That Women Have Rights over Their Own Bodies?

Fundamentalism – Why It’s Not the Real Problem

Fundamentalism – Why It’s Not the Real Problem