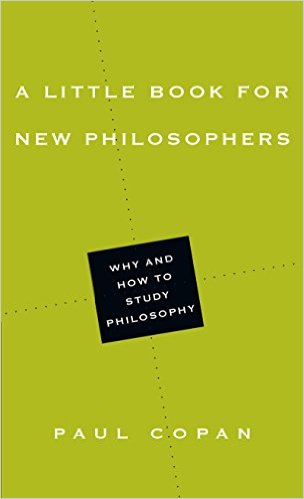 What Is Philosophy? Why Is It Important?

I recently led a discussion on these questions with a group of philosophically-curious people—including atheists/skeptics, theists, and those in-between. It was delightful time!

In case you’re interested, I’ve written a book on these themes with IVP Academic, A Little Book for New Philosophers (due out October 2016). It has endorsements from the philosophers J.P. Moreland, William Craig, Stephen Evans, Tom Morris, and Paul Moser). It is about the “why” and “how” of studying philosophy. This small volume addresses these questions in an accessible fashion, and it also offers a theological and biblical defense of philosophy. Sadly, philosophy is a misunderstood, misrepresented, and even feared discipline both within and outside the church, and this book is an attempt to address this problem.

Here are a few morsels to consider in advance:

(1) “Philosophy” literally means “the love of wisdom,” and the late philosopher Richard Taylor suggested that this is a good place to start the conversation about what philosophy is. “Wisdom,” of course, refers to a kind of “skill for living.” Of course, various philosophers themselves will disagree about how to define philosophy and its parameters, but the history of philosophy reveals that philosophy isn’t—and can’t be—limited to abstract thinking but should include how life ought to be lived day to day.

(2) Philosophy should be committed to pursuing truth, not supporting personal preferences. The Christian faith is a knowledge-tradition, which maintains that if something is false (e.g., if Jesus never rose from the dead), then it ought not to be believed (“let us eat, drink, and be merry, for tomorrow we die”). Contrary to being a leap in the dark, a truly biblical “faith” is not anti-evidence or anti-reason. Faith is personal (i.e., trust and commitment), and this faith can be encouraged and nourished through signs, wonders, and other public evidences. This is a far cry from the common perception of “faith” as a private belief that seeks to avoid truth.

(3) Philosophy is inescapable. As my first professor Stuart Hackett maintained, each one of us is a philosopher. We all have views on ethics, knowledge, and reality—the three key branches of philosophy.  For all of the philosophy naysayers, they themselves have their own philosophy of life.

(4) The history of philosophy reveals a breathtaking spectrum of views.  Philosophers have held a variety of beliefs—from theism to atheism, from starting with the transcendent realm of goodness, truth, and beauty (e.g., Plato) to beginning with sense experience of the empirical world (e.g., David Hume). Philosophy just isn’t “inherently atheistic,” as some have assumed.

(6) Studying philosophy can help us become better thinkers. It can assist us in being more consistent in our thinking, preventing logical missteps, better justifying our views, organizing and integrating our beliefs without compartmentalization. This discipline can also show all the more clearly how ideas have consequences.

(7) Philosophy is a tool that can assist us in studying other disciplines like history or science. Philosophy is not only a discipline in itself (“first-order”)—as are history and science. Philosophy can help us approach these disciplines as “second order” pursuits (e.g., “the philosophy of history” or “the philosophy of science”). Philosophy better enables us to raise questions about these disciplines, to seek clearer definitions of terms and consistency of methodology, and to challenge faulty assumptions commonly found within them. For example, the claim “Only science can give us knowledge” is itself a philosophical claim, which isn’t the result of scientific research! And how would one be able to scientifically prove that all knowledge must be scientifically provable?

These are some of the points discussed in my forthcoming book, and I hope that this blog posting will help you see more clearly some of the benefits of studying philosophy and encourage you to pick up this book once it appears in print.