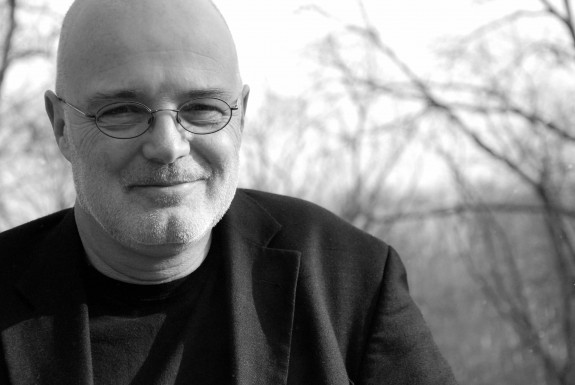 It has been years sense I have seen a book or a blog on the Emerging Church. Last week, I asked a large group of people at the Credo House both young and old, “Who has heard of the Emerging Church”? Some of the older people raised their hands and virtually none of the younger people did.

It was just about a decade ago that the evangelical world was ablaze with this issue. Blog were started with with this, thousands of articles were written about it, book publishers were looking for anyone to write on the subject, and emerging seminars were being held all over about it. Names like Doug Pagitt, Brian McLaren, Mark Driscoll, Tony Jones, Dan Kimball, Pyllis Tickle, Andrew Jones (the “Tall Skinny Kiwi”) and others made their names during this era. Except for a few, none of them are heard of much (except in their own respective choirs).

Death Announced Many Years Ago

Its death was announce in the late 2000s by many. Url Scaramanga wrote an R.I.P. on the Emerging Church in 2008, Anthony Bradley wrote a “Farewell to the Emerging Church”  in 2010, Susan Gosselin writes that it was an eleven year movement, John Piper said that the emerging church “is a fading reality” in 2010, and even Tony Jones had to explain its demise back in 2013.

I wrote an obituary to the emerging church in 2009. In it a few angry emergers told me to rethink my position and to consider the emerging conferences that are still going on and the works of the emergers that still have growing influence. I did not see it then, and I don’t see it now.

One thing is for sure, at least the “name” emerging church is no longer a threat to conservative evangelicals and no one is publishing anymore about it. This is to say that the emerging church as a “movement” has passed.

Why is that? What happened to the emerging church? Let me give you a few reasons why I think it has passed:

I remember learning in seminary that when one pastor replaces another, the new pastor must be very careful not to attempt change too quickly. One thing at a time. Work with wisdom. Slowly, slowly, slowly. Don’t come in and beat up the old way of doing things thinking that your passion and belief in the necessity of change with be shared by others. It won’t. In fact, your demand for change will solidify people in their own places. You will be politely asked to leave. Most of the Emerging Church seemed to lack tact. It never gained the ear of the home base. Movements such as this need to be changed from the inside out, not the outside in. That is unless you are willing to go all the way and break more decisively from the home base (e.g. the Reformation).

[Tweet “The emerging church seemed to lack tact. It never gained the ear of the home base.”]

A great book on understanding the Emerging Church: Emerging Christianity

2. Some Were Unnecessarily Offensive

The coup did not work. The elephant in the room (the Emerging Church) was forced out. They assumed that Evangelicals would listen and exit the building with them. But what happened was not unlike a disrespectful teenager who thought that he suddenly had it all figured out through a series of unadulterated epiphanies. He tugged on the shirt of his parents letting them know how much more he knew than them and he was blown off because of arrogance. “Tsk, tsk” was the reply, “I remember when I thought I knew it all.” While the Emerging Church, as well as teenagers, do have some very good things to say and should be listened to (as Bono says, “Pity the nation that won’t listen to its boys and girls”), it is the (almost total) disregard of Evangelicalism’s values that caused them to lose their audience. Evangelicals were offended.

[Tweet “The Emerging Church was not unlike a teenager who thought that he suddenly had it all figured out.”]

3. They Failed to Identify with Evangelicals

It certainly is the case that Evangelicalism needs to reform. In fact, one of the Evangelical principles is that we are always reforming (semper reformanda). In principle, Evangelicals should not be scared of change. When this principle is denied, it is no longer Evangelicalism, but some form of Fundamentalism. Most emergers failed to realize the shared DNA with Evangelicals and belittled them instead. They, most of whom were former Fundamentalists (not Evangelicals), mistakenly identified all Evangelicals with neo-Fundamentalists. Therefore, their cries of change, their proclamations of enlightenment, served only to belittle Evangelicals. Ironically, their judgmental spirit of Evangelicalism backfired and caused them to look more like bitter Fundamentalists than than those whom they criticized. It was a Fundamentalism of a different kind, but the attitude was the same. Grace and mercy for their own family left the emerging building.

[Tweet “Grace and mercy for their own family left the emerging building.”]

[Tweet “The Emerging church, it seemed, refused to really stand up for anything traditionally Protestant.”]

The Emerging church, it seemed, refused to really stand up for anything traditionally Protestant. It eventually ran out of Protestant fuel. It called on everyone to leave their theological base and fly with them. Many of us came along for the ride in the spirit of consideration, noticing the growing problems in Evangelicalism. The problem is they never landed anywhere. They just flew and flew. They wanted to wait five or ten years to decide on everything. In the meantime, the fuel began to run out. They did eventually land and it was (mostly) not on friendly ground. From there they definitively cried out against much of Protestant Christian orthodoxy, kicking us in the most sensitive areas: Abortion, Atonement, Justification, the Exclusivity of Christ, Homosexuality, Objectivism, and Eternal Punishment. They quickly moved from an insightful teen who might have some good things to say to crowd of disconnected enemies on the attack.

Of course, as I said, there were many of us (including myself) who flew these skies with them. Some even (including myself) identified with the movement believing it had many insights. But soon, most began to parachute out. One after the other, people jumped. When its most prolific insiders jumped (including many of the original emergers—Dan Kimball and Mark Driscoll come to mind), it was over. We parachuted down and acted as if it never happened. “Emerger who? Never heard of him.” And we all pulled our hats down over our eyes and moved on.

There were some wonderful, more academic, advocates of the emerging church at first. I think of Scot McKnight, Dallas Willard, Robert Webber, Richard Foster, and Stanley Grenz. They (though many of them deceased), provided a scholarly and theological backbone to the emerging church. But when the popularity of the more unorthodox emergers like Brian McLaren, Doug Pagitt, Tony Jones and Rob Bell began to overshadow everything, some of these scholars reached out to help, but they did not seem to listen.

And there were many who were wanting to “emerge” in good ways (politically, socially, ecclesiastically, epistemically (let’s get away from Cartesian indubidibility)) who did not want to be identified with these more radical emergers. And as with Luther and Melanchthon, no Marburg dispute round table could bring these two factions (the orthodox emergers and the unorthodox emergers) together. For a while they tried to separate the “Emergers” from the “Emergent” (the former being theologically stable the latter all over the place), but this did not work. The name had been tainted and the “leadership” fell apart.

However, from books to blogs, the basic ideas of the Emerging Church did not have much of a chance. The more orthodox have retreated back into Evangelicalism while the others are not much different than liberal Christians.

[Tweet “When you don’t dialogue with the parties, I am not too sure you have any business speaking on the issue.”]

See the Theology Unplugged series on the Emerging Church on iTunes for a good balanced overview (scroll way down).

But the Spirit of the Emerging Church Lives On

There will always be reformers needed in the church. In fact, the Great Reformers said that the church is reformed and “always reforming” (semper reformanda). Every one of us must go through a deconstructing process, questioning our most basic beliefs. This can do nothing but make us more real to a world who believes we are fakes. Therefore, in some sense, many in the emerging church were reformers who served the church well. Others were part of a more radical reformation and suffered from their complete detachment from the historic Christian faith.

But certian aspects of the ethos of the emerging church should be within all of us. We should never be satisfied with the status quo. We should always be asking questions and bringing to account our most fundamental beliefs, practices, and lingo. We need to identify with the culture at the same time as we hold on to the past. I believe Robert Webber, though never really called an emerger, was a good representative of our continued need to reform. His Ancient-Future Faith was a great example of how we can hold on to, respect, learn from, and identify with our past, yet push forward into an exciting future. Everyone needs to read this book.

The name “emerging” became tainted by the radical reformers associated with the movement. But the “best-of” the emerging church lives on and needs to. Indeed, the ethos of the emerging church never dies, as the church is reformed and always reforming.

Find out more about the emerging church in an article I wrote about it some years ago.

So, what do you think happened to the Emerging Church?

C. Michael Patton is the primary contributor to the Parchment and Pen/Credo House Blog. He has been in ministry for nearly twenty years as a pastor, author, speaker, and blogger.

Th.M. Dallas Theological Seminary (2001), president of Credo House Ministries and Credo Courses, author of Now that I’m a Christian (Crossway, 2014) Increase My Faith (Credo House, 2011), and The Theology Program (Reclaiming the Mind Ministries, 2001-2006), host of Theology Unplugged, and primary blogger here at Parchment and Pen. But, most importantly, husband to a beautiful wife and father to four awesome children. Michael is available for speaking engagements. He can be contacted at [email protected]

Called into Ministry? Five Questions to Ask Yourself

What the Church Can Learn from Alcoholics Anonymous

28 replies to "What Do You Think Happened to the Emerging Church?"