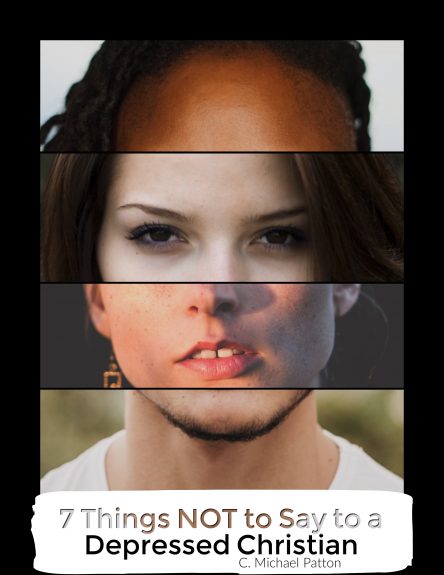 As many of you know, I’ve been through the ringer of depression (more like a black hole). I had a major breakdown in March of 2010. It came out of nowhere and has been a periodic uninvited guest in my home ever since.

I sometimes joke(?) with people that I can never be sure which “me” is going to wake up tomorrow. Will it be joyful me? (who I love). He’s the one who sees life positively and has no time for worry? Or will it be broken me (who I hate)? He can’t dwell on anything but the bad and sees no hope in life (and doesn’t even act like there’s a God)? I have stabilized a lot over the years and wake up six days a week as the joyful me.

This is one of those six days so I thought I would write some things about depression. I’ve accumulated a list of seven things depressed people (Christian’s especially) are told. They’re meant to help them out of their depression. I’ve had these things said to me. I’ve (unfortunately) said most (if not all) of them to others who were depressed. I often said the first one to my depressed sister who took her life. But these things are wrong.

Please Note: None of these things necessarily come from evil intentions. These come from people who sincerely want others to recover. However, they do come from the evil flesh that dwells in all of us: judgmenalism. I hope this becomes clear as you read.

I don’t know how many times I said this to my depressed sister before she took her life. “Just snap out of it, Angie.” From my perspective, I thought you could. I thought that being depressed or happy was an act of the will. If you just make the right decision, you can think your way out of it. But more often than not, depression is not an act of the will. It is an interplay between the mind and the brain that you can’t snap out of. Don’t you think that people who are depressed would “Just snap out of it” if it were that easy? Remember, they don’t want to be depressed. It is the worst torture that one can possibly imagine.

Again, this might seem right. Please realize that most of the time a depressed person can’t think positively. That’s why they’re depressed. If I were to tell you there’s a giant elephant in your room, would you believe me? What if I said that all you have to do is close your eyes and trust it to be true? You’d probably say, “I can’t!”Telling someone who’s depressed to “think positively” completely misses the problem. They can’t think positively any more than you can believe there’s an elephant in the room. They don’t want to think negatively. They just can’t stop. 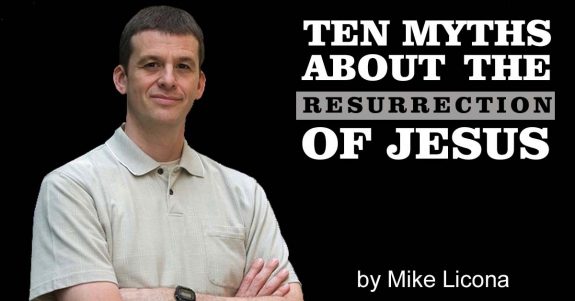 Trying to find a sin trigger in the life of the depressed is a hard proposition. There may be some evident sin in their lives that they need to deal with, but consider this:

1) Everyone Sins But Not Everyone’s Depressed

There is evil in everyone. According to Martin Luther we’re all, simul justus et peccator which is Latin for “at the same time just and sinners.” Additionally, according to the Gospel of John we have to admit to sin in our lives:

All to often a lengthy (and often judgmental) assessment of every sin the depressed person has takes place. Once they’re identified they’ll try to get rid of them one by one. This is both impossible and can cause deeper depression. The depressed may believe you and think getting rid of all these sins is the answer. When they realize that this cannot happen this side of heaven, the depression deepens.

2) They Can’t Change the Past

Sometimes the sins that led to depression are from a years of lifestyle choices. They build up over the years. However, bringing these up does little good. They can’t back up and change their choices. If they could, they would.

The depressed person likely knows if it’s sin that’s causing their depression. If it’s alcohol, drugs, sexuality struggles, etc. bringing this up may only harden the person. It can make them defensive. If sin is causing the depression (and that’s a big “if”) tact and prudence should be used in abundance. This will allow them to recognize their sin without becoming defensive.

4. “Get On Some Meds Immediately!”

I am no Tom Cruise. I believe that psychiatric medications are often the answer and are a gift of God. I believe that there are many out there who are not taking these drugs due to a taboo or stigma attached to them that shouldn’t be. However, the use of mind altering drugs also needs to be considered very deeply. I also think that they are prescribed too easily without a plan of attack.

As hard as it is to say, I believe that some people need to go through the darkness without an immediate way out. Many of the Psalms might not have been written had these drugs been available to David. His ups and downs would have been leveled by a script from the doctor. But we needed David to go through his mental bipolar disorder (if that is what it was). The same might be said of Martin Luther, the father of the Reformation. He definitely needed to be on something! However, God used his mental anxiety for great things.

For some people—as difficult as it is to hear—God wants you to go through this darkness. But this is not for everyone. These drugs are a blessing of God when used properly. For some, they can get you over the “hill” of darkness and are only needed for a short time. For others, they are needed permanently for the stability of the mind.

All I am doing is asking you to consider that the depressed person may be a David or a Luther to the church. Don’t immediately demand that they get on these drugs.

Book Suggestion: Genius, Grief, & Grace: A Doctor Looks at Suffering & Success (Biography of great saints of the past who suffered greatly, but were used greatly.

I had a relative say this to me with absolute resolve and conviction in her voice. She said, “Michael, whatever you have gone through, I have been though worse! So don’t try to give me your sob story.” She meant well, but this is not something to say to a depressed person. It may be true that you have been through worse and been able to get out of it. What you may not know is that this is meaningless to the depressed for two reasons:

So depression is a very relative thing. Letting people know that you’ve been through worse—while it might be objectively true—can be both unwise and irresponsible. It will only harden the person in their depression.

6. “God Won’t Give You More Than You Can Handle”

Many Christians have suffered to the point of death at the hands of executors. Many suffer to the point of death at their own hands. All we can say is that, “the sufferings of this present time are not worth comparing with the glory that is to be revealed to us.” (Romans 8:18). This may not solve our depression, but it does give us perspective. Even if our depression has caused us enormous doubt this can be helpful.

7. “Depression Is a Sin. You Should Have Joy In Your Life”

This always comes from the person who has never experienced real depression. Once you have, you would never say something like this again. Unfortunately, this often is preached to us by those who feel that it’s their job to deliver us from this evil. But is depression a sin? I don’t think so.

Matthew 5:4 says “Blessed are those who mourn, for they shall be comforted.” This mourning should not be thought of as some temporary bout with suffering. It’s not purely circumstantial (like mourning for the death of a loved one). The Greek word for mourn (pentheo) is a present active participle. It is actually the best word to use for “sadness” or “depression.” Christ is saying that those that are always (present, active) sad and down, will be comforted. The comfort, in the context, does not come in this life, but in the life to come.So far from being a sin, depression is often going to be the progressive state of the “blessed.”

How You Bear the Burdens of the Depressed

So, if these are the things you don’t do, what do you do? If you have a loved one who’s depressed, it is hard to handle. It can cause depression in you if you are not careful. You feel so helpless. All you want to do is solve it. Please understand, it’s not your job to solve the depression. You may be able to be a great influence in getting the depressed to feel better, but God has not given you the responsibility to deliver a loved one from depression. Let yourself off the hook. Don’t make yourself responsible for something you cannot do. Though you maybe used by Him to bring the depressed to wholeness, you are not the Holy Spirit.

Silence, with your arm around the depressed is the best advice. There may be a time for verbal inquiry, but this needs to come naturally and without judgement. You’re not given a podium to give a sermon to the depressed; you’re given arms to hold them. Even if this doesn’t “work” your goal should not be to bring them out of their depression. Your goal should be to be there for them their entire life if necessary. It is a terrible burden to bear when this is a loved one, I know. But this is how we bear the burdens of the depressed.

“Silences make the real conversations between friends. Not the saying but the never needing to say is what counts.” – Margaret Runbeck

When someone is there for you without all the answers and requiring you to follow their advice “or else…”, you have a true friend. And, unfortunately, these friends have been rare from the beginning of time.

Purchase My Book on Amazon:Now That I’m A Christian: What It Means to Follow Jesus